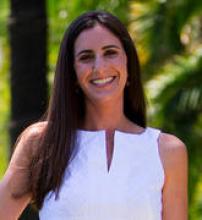 Michele Margolis is an associate professor of political science at the University of Pennsylvania, having received her Ph.D. in political science from the Massachusetts Institute of Technology in 2014. Her research focuses on public opinion, political psychology, experimental methods, and religion and politics. Her work has been published or is forthcoming in the American Journal of Political Science, Journal of Politics, Electoral Studies, Political Behavior, and Public Opinion Quarterly, and has been featured in news media outlets including the Atlantic, Boston Globe, Daily Mail, Huffington Post, Los Angeles Times, New York Times, Salon, and Washington Post.  Michele Margolis’ book, From Politics to the Pews: How Partisanship and the Political Landscape Shapes Religious Identity, was published by the University of Chicago Press in 2018. Michele holds an MSc from the London School of Economics and a BA from the University of California, Berkeley.