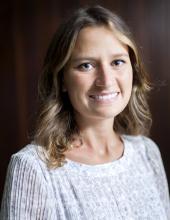 Hannah Hartig is a Research Analyst for Pew Research's politics group. She is the former Director of Research at Penn's Program on Opinion Research and Election Studies and has worked as an exit poll analyst for NBC News during the 2014, 2016 and 2017 elections. Hartig earned her master's degree from the University of Pennsylvania in 2016 in quantitative politics. In previous roles, she wrote feature stories for Wharton Magazine, served as an editor at the Office of Congressional and Public Affairs at the Environmental Protection Agency, and worked as a research assistant at the International Foundation for Electoral Systems. She graduated from the University of Virginia in 2011 with a BA in foreign affairs.