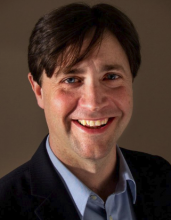 Tom Bonier is a veteran Democratic political strategist and TargetSmart’s Chief Executive Officer. Prior to TargetSmart, Tom co-founded Clarity Campaign Labs in 2012 and helped build it into one of the nation’s leading Democratic analytics and research firms. He has spent more than 20 years working in Democratic and progressive politics. Prior to Clarity, Bonier served as Chief Operating Officer at the National Committee for an Effective Congress (NCEC). Throughout his career, Bonier has received numerous awards for his contributions to political campaigning, redistricting, and strategic planning. He has also appeared as a commentator for multiple publications, including The New York Times, The Washington Post, The Wall Street Journal, and Politico, as well as on-air on “News Hour” on PBS and “All Things Considered” on National Public Radio.