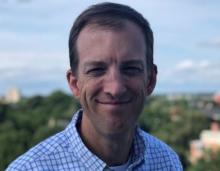 Charlie Riemann is the Analytics Manager in the Elections Unit at NBC News. In this role, he supports the development of applications used for election-night projections and helps produce election-related content and polling data in support of the NBC News family and digital properties.  Prior to NBC, Charlie was a Vice President in the Innovation practice at the Nielsen Company and Research Director at the Harris Poll, one of the longest running surveys in the U.S. tracking public opinion, motivations and social sentiment.  He earned his Ph.D. in Political Science from Columbia University and has served as an Adjunct Professor at the University of Connecticut, Columbia University’s School of International and Public Affairs, and at Fordham University’s Graduate Program in Elections and Campaign Management.