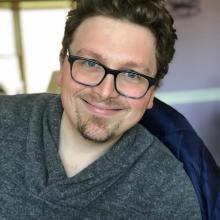 Andrew Arenge is the Director of Operations for Penn's Program on Opinion Research and Election Studies and the Robert A. Fox Leadership Program. In this role, he oversees the Survey Research and Data Analytics minor and the PORES student research fellowship. Arenge has been with PORES since 2017. He has co-authored a number of articles about public opinion research that have appeared on NBCNews.com and has been a member of the NBC election night team since 2016. Prior to Penn, he was a member of NBC News’ education team where he launched a two-time Webby Award winning website for parents and helped produce content for Nightly News, the TODAY Show and NBC Learn. He started his career as a high school math teacher in the Mississippi Delta. Arenge graduated from Gettysburg College in 2010 with a B.A. in Political Science.