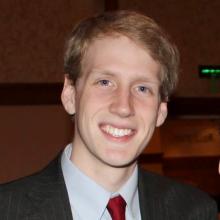 Will Marble is a graduate student in the political science department at Stanford University. He graduated from Penn in 2015 with a B.A. in political science and economics, with a minor in mathematics. He was a PORES undergraduate fellow through most of his time at Penn and worked at the NBC Decision Desk during the 2014 midterm election. His research interests include public opinion, elections, Congress and political methodology.